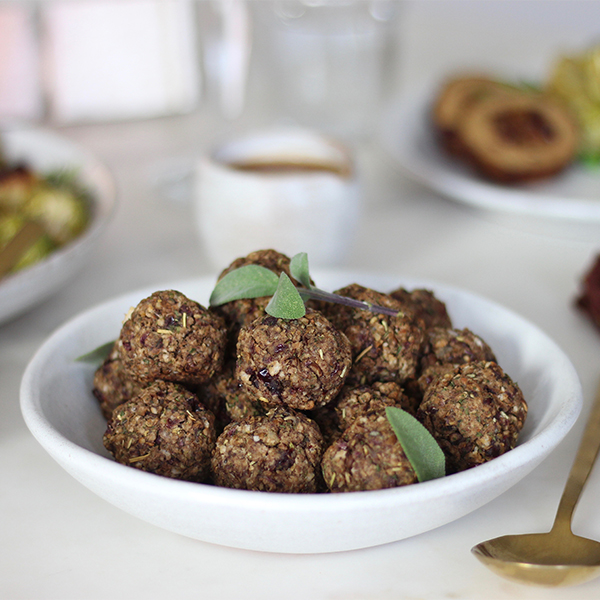 Who else thinks stuffing is one of the best parts of Christmas Dinner? This year we can’t wait to try Jess Beautician’s delectable stuffing ball recipe using our wholesome lentils!

1. Heat the Mr Organic Rapeseed Oil in a pan then add in the chopped red onion, cooking it down until it begins to soften.

2.Next, add the walnut halves and dried cranberries into a food processor and pulse them for around 30 seconds until they have broken down into smaller pieces.

4. Pulse in the food processor again, until everything is well combined and begins to stick together. The lentils should be blended enough to bind the mixture, but some whole lentils still remain for texture. At this point, preheat the oven to 180 degrees Celsius.

6. Once baked, remove them from the oven and serve warm with some fresh sage for decoration as the perfect Christmas dinner side dish. 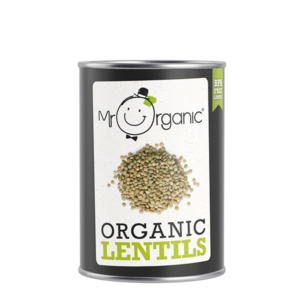 Cauliflowers are very nutritious, and Kellie, the owner of Food to Glow, has shared how to elevate a healthy vegetable soup by incorporating almonds into her dish.

Try this amazingly creamy recipe for butter bean hummus, a delicious twist on a traditional recipe.

Made with layers of sweet caramel, luscious banana cream, and crunchy orange and cocoa bean biscuits.